Another Surge In COVID-19 Cases In Odisha’s Koraput, Majority From 2 Municipalities

Jeypore: With the second-highest single-day spike of 132 positive cases in the last 24 hours, the COVID-19 tally in Odisha’s Koraput district rose to 2217 on Thursday.

According to the district administration, 79 among them are the direct contact of previous cases, 50 are local contact cases while the remaining three have been detected from quarantine centres.

Of the three quarantine cases, one had a travel history to Ganjam.

The highest of 41 cases have been reported from Jeypore municipality, followed by 25 Koraput municipality,  12 were from Koraput block, 11 from Sunabeda, eight from Laxmipur block, seven from Bandhugaon, six from Narayanpatna, four each from Jeypore block, Semiliguda and Lamtaput, three from Boipariguda, two from Pottangi, and one each from Dasmantapur, Kotpad, Kotpad NAC, Kundra, and Nandapur. 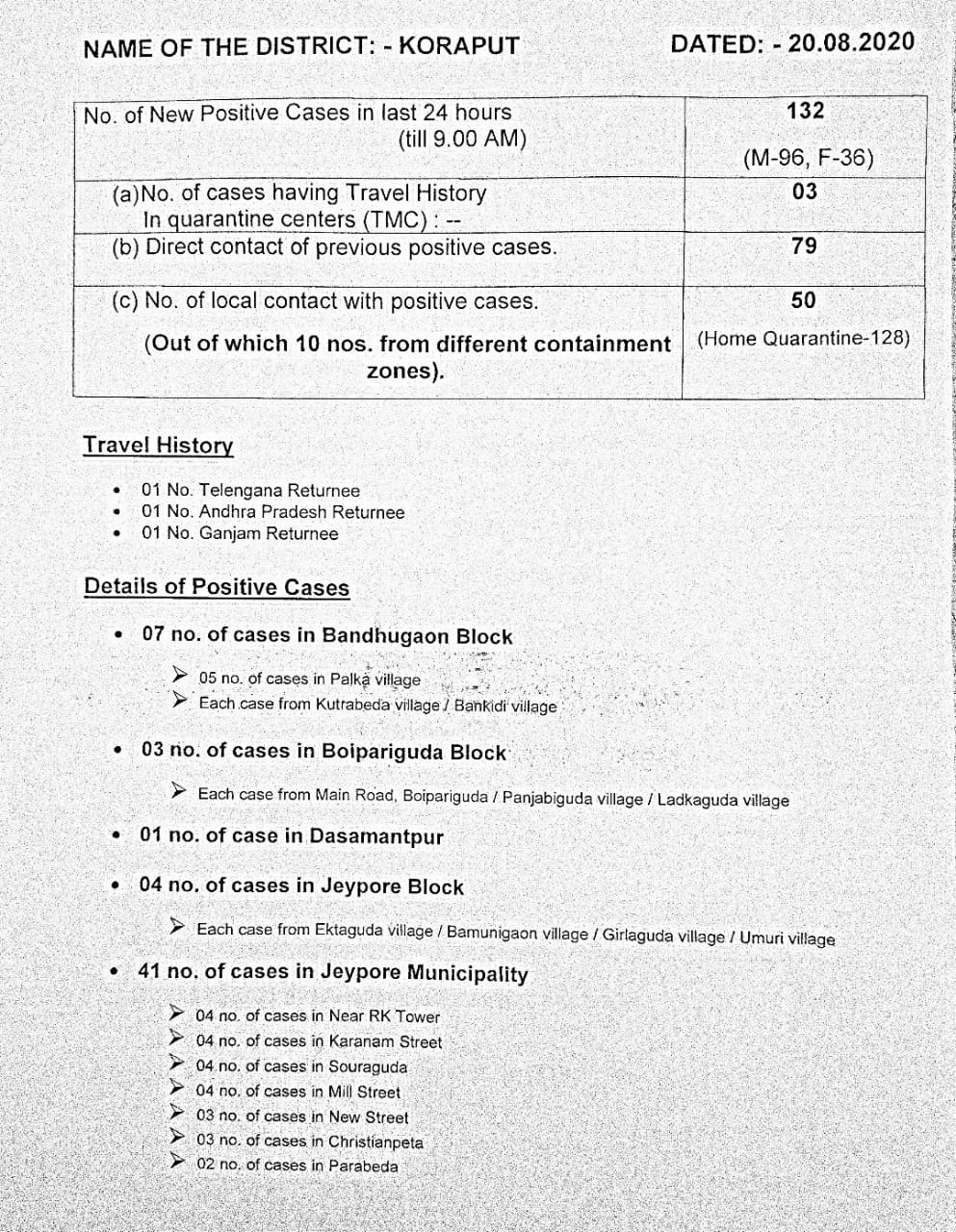 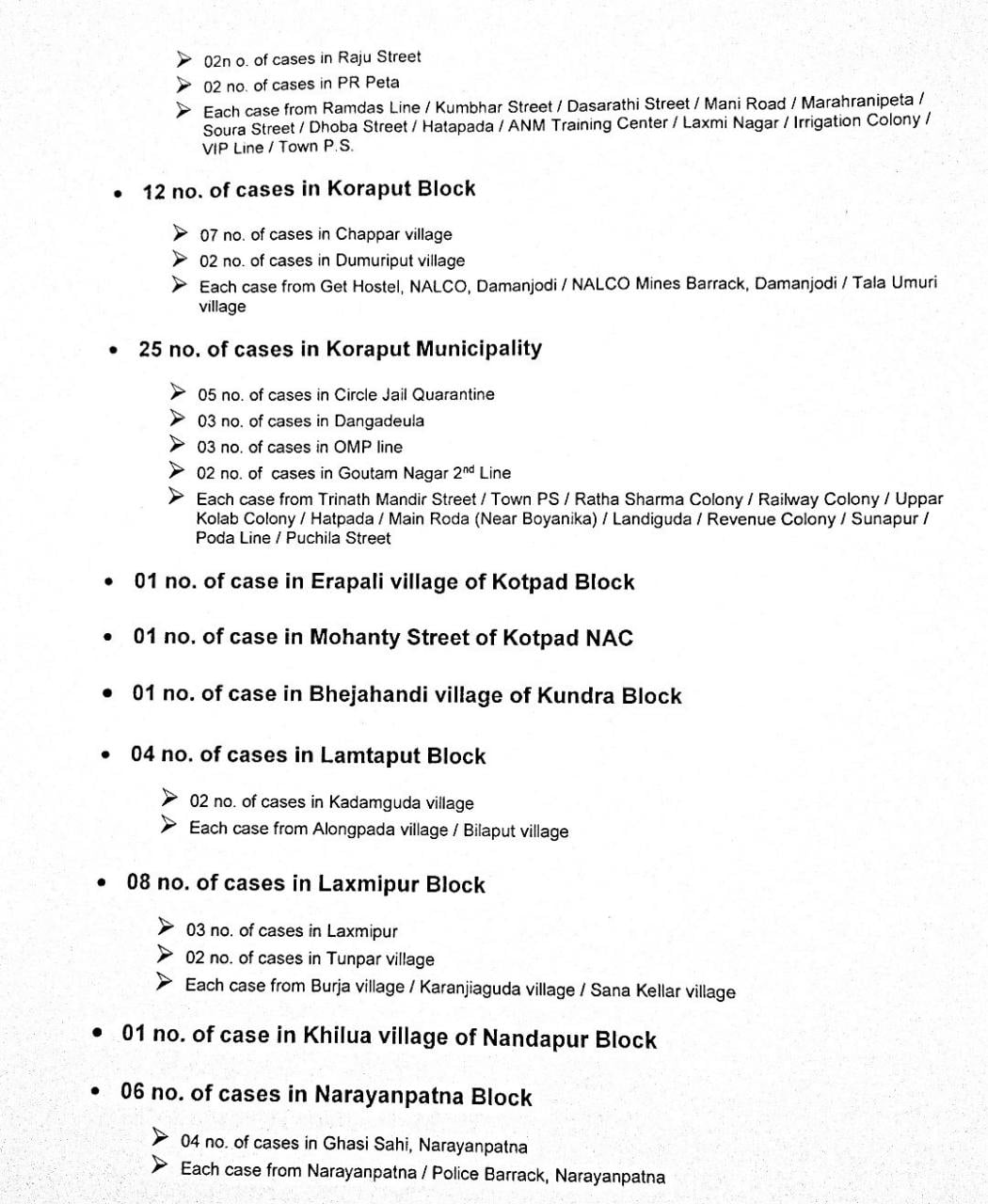 With two deaths and 1298 recoveries, Koraput now has 917 active cases.

CBI Takes Up Sushant Death Case: Has No Track Record Of Convictions In Suicide Abetment Cases