Bhubaneswar: The capital city on Wednesday reported 372 new COVID-19 cases in the last 24 hours against 389 the previous day.

While 85 were quarantine cases, 287 were from local contacts, stated a tweet by Bhubaneswar Municipal Corporation (BMC).

As many as 825 patients recovered during this period. With this, the city has now 3004 active cases.

The highest of 22 cases were from Patia, followed by Niladri Vihar (15), Patrapada and Khandagiri (13 each) and Laxmi Sagar (12). 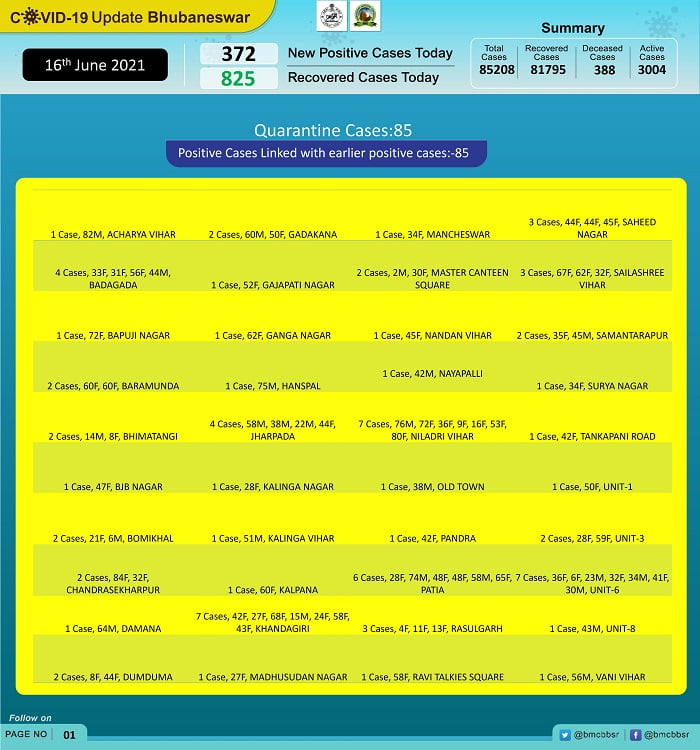 The total caseload of the city reached to 85,208 with detection of the fresh cases. 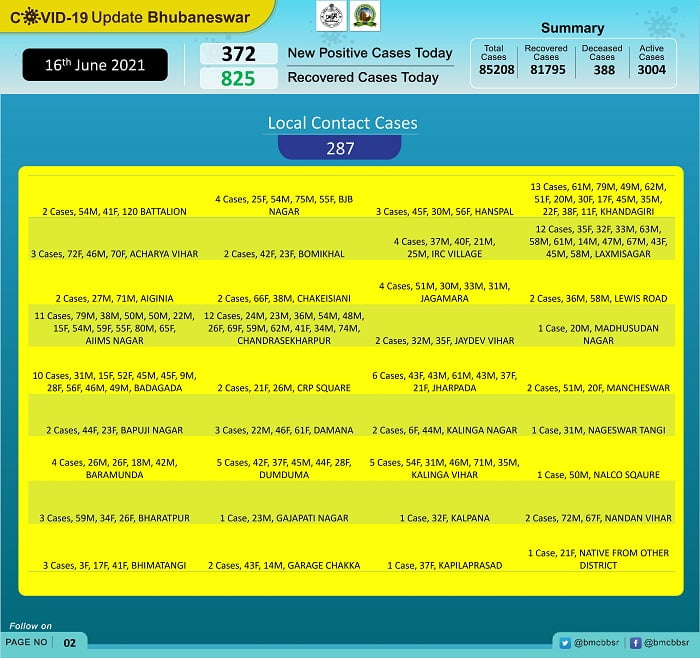 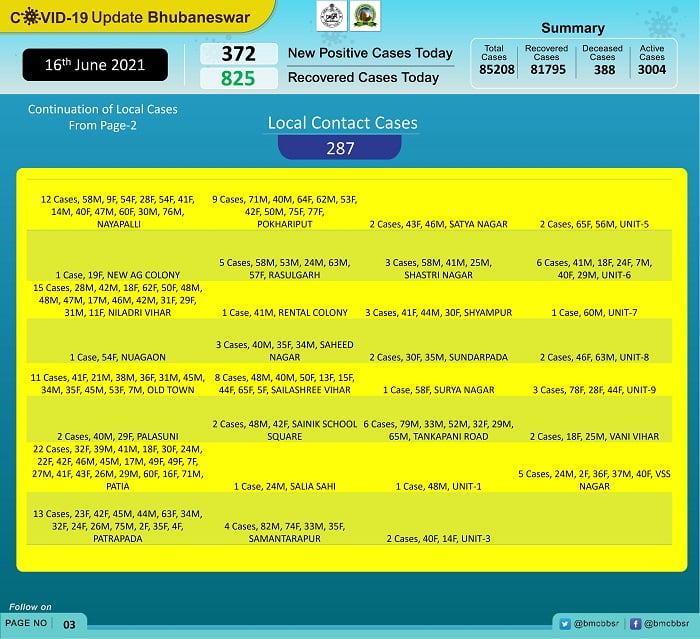 The city has reported 388 deaths due to the virus infection so far and 81,795 persons have recovered.
Bhubaneswar Municipal Coporation
Share FacebookTwitterGoogle+ReddItWhatsAppPinterestEmail