Bhubaneswar: The Commissionerate Police will investigate into the massive explosion in a filling station in Bhubaneswar on Wednesday.

“Police will register a suo motu criminal case and investigate into the circumstances that led to the blast in the CNG (compressed natural gas) chamber,” Police Commissioner Sudhanshu Sarangi said adding that the technicians of the Odisha State Forensic Laboratory (OSFL) have begun the on-the-spot investigation. 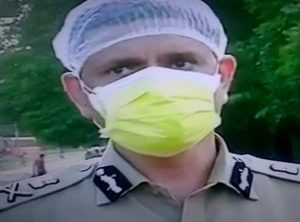 Sarangi said there are underground CNG tank, diesel tank and petrol tank on the filling station premises. The fire which broke out in the CNG chamber has been extinguished. “As some gas is still inside the chamber, we have asked the officials of the Indian Oil Corporation Ltd (IOCL) to safely release the gas from the chamber and pump out the diesel and petrol from the two chambers. To release the gas from the tank, IOCL has sent a vehicle from Balasore which arrived in the evening,” he added.

Sarangi further said the people living in a radius of 500 metre of the filling station have been advised to stay indoor and not to use the LPG stoves till the gas from the tanks is completely withdrawn.

MG In Talks With Volkswagen & Mahindra-Ford For Contract Manufacturing