The officials explored the possibility of setting up ISRO’s proposed Space Technology Incubation Centre (S-TIC) at the premier institute, according to a press release. 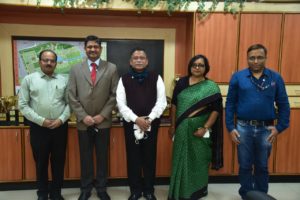 Two members — CBPO associate director Jiwan Kumar Pandit and programme manager Nishank Kumar — visited the NIT after the space research body expressed its desire to set up the S-TIC at the institute. A meeting was held with senior administrative officers of NIT-Rourkela. CBPO director PV Venkatakrishnan also attended the meeting via virtual mode.

According to Prof Sushmita Das of NIT-Rourkela, an MoU would be signed between the institute and ISRO shortly.

The S-TIC will cater to Eastern India states including Odisha, West Bengal, Jharkhand, Bihar and Union Territory of Andaman and Nicobar islands.