Formation of a ‘Significant Tropical Cyclone’ is possible, it said.

Earlier in the day, the India Meteorological Department informed that the low-pressure area had become well marked over southeast BayofBengal, adjoining Andaman Sea. “It is likely to move west northwards and concentrate into a depression over southeast Bay during the next 12 hours and further intensify into a cyclonic storm over central Bay of Bay during the subsequent 24 hours,” it added.

Also Read: Cyclone Jawad To Reach Odisha Coast By Dec 4; Who Proposed This Name & What It Means

If the system intensifies into a cyclone, it will be named Jawad, a name proposed by Saudi Arabia and it will be the first December cyclone in 130 years, sources said. 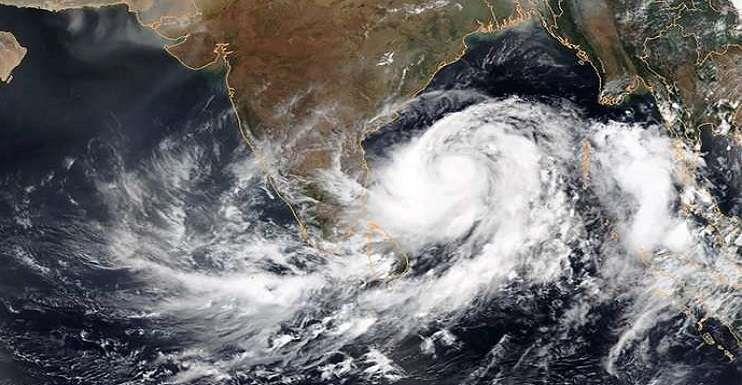 According to the IMD-GFS model, the cyclone is likely to make landfall between Srikakulam district in Andhra Pradesh and Puri district in Odisha. The system will then curve along the Odisha coastline to move into West Bengal.

The ECMWF, ACCESS-G3 and INCOIS have also made similar predictions.

Under its influence, coastal and north Odisha districts are likely to experience a sustained wind speed of around 40kmph till December 5 (Sunday) morning. Extremely heavy rain is expected to lash the districts between Gajapati and Puri.

Senior meteorologist Jason Nicholls tweeted that the low pressure near the Andaman Islands will become a cyclonic storm over the Bay of Bengal in the next couple of days. The storm will spread heavy rain, risk of flooding and gusty winds from the north coast of Andhra Pradesh to Odisha, WestBengal and Bangladesh later Friday through Sunday.

Vice President, Meteorology and Climate Change at Skymet Weather, Mahesh Palawat said that the cyclone will form in the west-central Bay of Bengal by December 2 and make landfall over North Andhra Pradesh and South Odisha coasts by noon of December 4.

“Winds 70-80 gusting to 90 Kmph with rough/very rough sea conditions are possible between the night of December 3 and 4,” he added.

Selection Not Election: 3 Major Parties Decide For Consensus Candidates In…

Meet The Man Contesting His 94th Election, And Eyeing A Strange Record!