The boys’ and girls’ team of the host state finished in third position alongside West Bengal and Karnataka, respectively, at Biju Patnaik Indoor Hall, KIIT Deemed University, on Sunday.

It was a significant improvement for Odisha teams, as they had finished 5th and 13th in the women’s and men’s events, respectively, in the previous edition held in 2019.

In the semifinals earlier in the day, the Odisha teams lost narrowly, by 1-point margins, against eventual champions Maharashtra in both categories.

The Odisha boys recovered brilliantly after losing the first inning 5-11 to claim the second inning 9-4 only to fall agonizingly short.

Odisha’s girls team was also involved in a thrilling encounter which was decided by a minimum chase after the teams were tied at the end of regulation period. 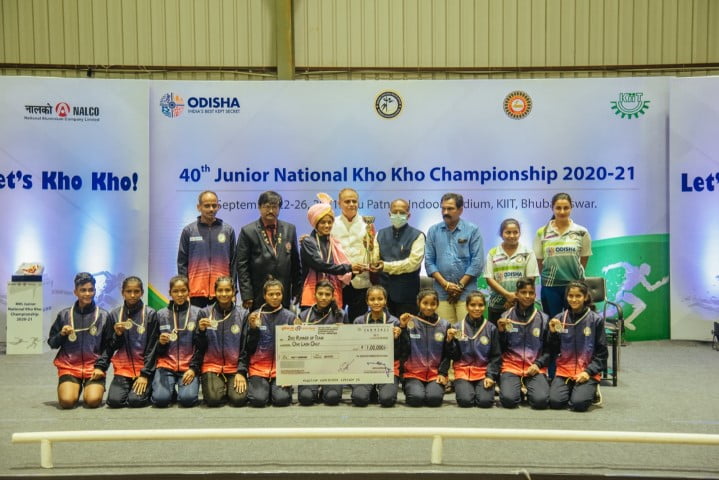 Odisha had another moment to cheer at the prize distribution ceremony when Pabani Sabar was adjudged Best Chaser among boys. He received Rs 20,000.

In the boys’ final, defending champions Maharashtra pipped first-time finalists Delhi by a margin of 2 points.

The girls’ final saw Maharashtra beating Kolhapur by 3 points to retain their title.

Missing Jumbo Fished Out Of Mahanadi At Cuttack’s Jagatpur

Cyclone Jawad Inches Closer To Odisha; No Clarity Yet On Crossing The Coast, Says SRC

Cyclone Jawad Inches Closer To Odisha; No Clarity Yet On…