Simple, hardworking, and peace-loving folks who survived mainly off their agricultural land or forests, the penury of tribal and peasant communities of India across various regions was easily subjected to the British Raj’s treachery. Yet, these communities rebelled fiercely against such land grabbing and economic exploitation.

Here are some of the forgotten folk revolts, though often unsuccessful in uprooting the British, but prepared the ground for the struggle that ultimately led to independence: 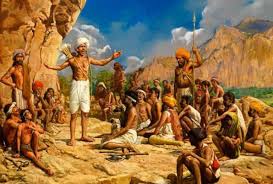 The British efforts to exploit the downtrodden tribal people of Sambalpur in Odisha led to the start of this rebellion by Surendra Sai. A direct descendant from Madhukar Sai, the fourth Chauhan king of Sambalpur, Surendra Sai espoused the cause of the tribals of the region. Debarred from occupying the throne due to his popularity, Sai and his associates rebelled against the Raj and died fighting for freedom from the British. 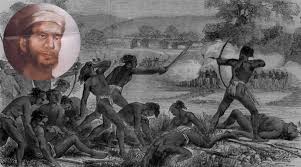 Tilka Manjhi (or Jabra paharia as he was also called) was the first Adivasi leader to take up the arms against the British in 1789. He organised the Adivasis into an armed group to fight against resource grabbing, exploitation and British tyranny. In the battle that ensued, Tilka attacked and injured the British commissioner (Lieutenant) Augustus Cleveland, who died later. The British surrounded the Tilapore forest, from which he operated, but he and his men held the enemy at bay for several weeks before being caught and hanged at Bhagalpur. 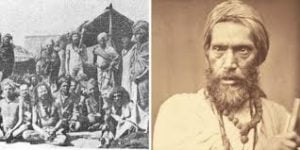 The establishment of British control over Bengal after 1757 led to an increase in land revenue and the exploitation of the peasants. During the Bengal famine of 1770, impoverished peasants and displaced zamindars were joined by the sanyasis and fakirs (wandering religious mendicants of Bengal) in a fierce rebellion that continued up to 1802. One of the best reminders of this rebellion is in literature, in the Bengali novel Anandamath, written by one of India’s first modern novelists, Bankim Chandra Chatterjee.

Tana Bhagats was a small tribal community formed by the Oraon saints of Jharkhand, Jatra Bhagat and Turia Bhagat. The Tana Bhagats opposed the exorbitant taxes imposed on them by the British and staged a type of civil disobedience movement in 1914 that was anti-zamindari, anti-missionary and anti-British. Followers of Mahatma Gandhi and believers in ahimsa (nonviolence), the duo became closely associated with the Non-Cooperation Movement of the Indian National Congress. 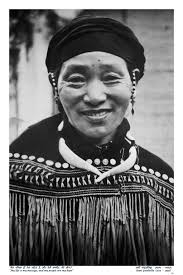 This was 13-year-old Rani Gaidinliu’s clarion call to the ethnic Naga tribes from remote hills of the North-Eastern region when she joined the Heraka religious movement of her cousin. Under her guidance, the movement later turned into a political movement seeking to drive out the British from the region. She urged the people not to pay taxes, not to work for the British and even went underground to lead many attacks on the British administration. Gaidinliu was arrested in 1932 at the age of 16 and was sentenced to life imprisonment by the British rulers. Jawaharlal Nehru met her at Shillong Jail in 1937 and gave her the title of Rani. Released in 1947 soon after India’s independence, she continued to work for the upliftment of her people and was honoured with a Padma Bhushan.

The Rampa Rebellion of 1879 was an insurrection by the hill tribes in the Rampa region of the Vizagapatam District against the British government of the Madras Presidency. The 1882 Madras Forest Act had restricted the free movement of tribal people in the forest and prevented them from practising their traditional podu agriculture. It was led by the revolutionary, Alluri Sitarama Raju who was called Manyam Veerudu (hero of the jungle) by the locals. He was eventually trapped and executed by the British in the forests of Chintapalli.

Ten Freedom Fighters Of Odisha, You Should Remember On I-Day

India’s Slide In Global Hunger Index Not Based On Opinion Poll: German NGO

PM Modi To Address Nation At 10 AM Today