Bhubaneswar: The much-anticipated expansion of Narendra Modi 2.0 has provided grist to the political mills here with the meteoric rise of Ashwini Vaishnaw, surprise selection of Bishweswar Tudu, dropping of Pratap Sarangi and change in portfolio of Dharmendra Pradhan bringing in new power equations for Odisha. Here are some of the key takeaways for the eastern state: 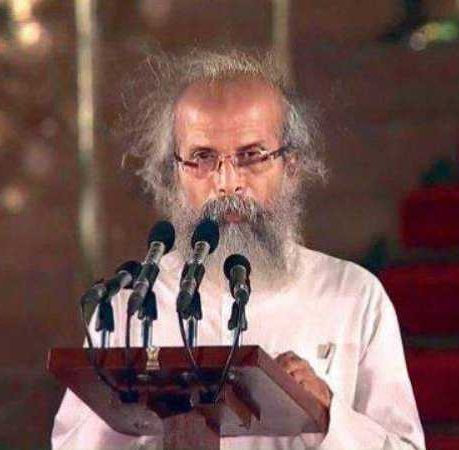 The BJP leadership’s experiment of having a man of simple living don the Union Minister’s robes seemingly failed. After trying to weave a public narrative around Sarangi’s austere lifestyle and project him as a selfless leader championing the cause of the common man, the saffron party possibly realised the Balasore MP wasn’t the right choice for Dilli Durbar! With a ‘non-performer’ tag not helping his cause, Sarangi for now has to cool his heels and attend to his complaining constituents. 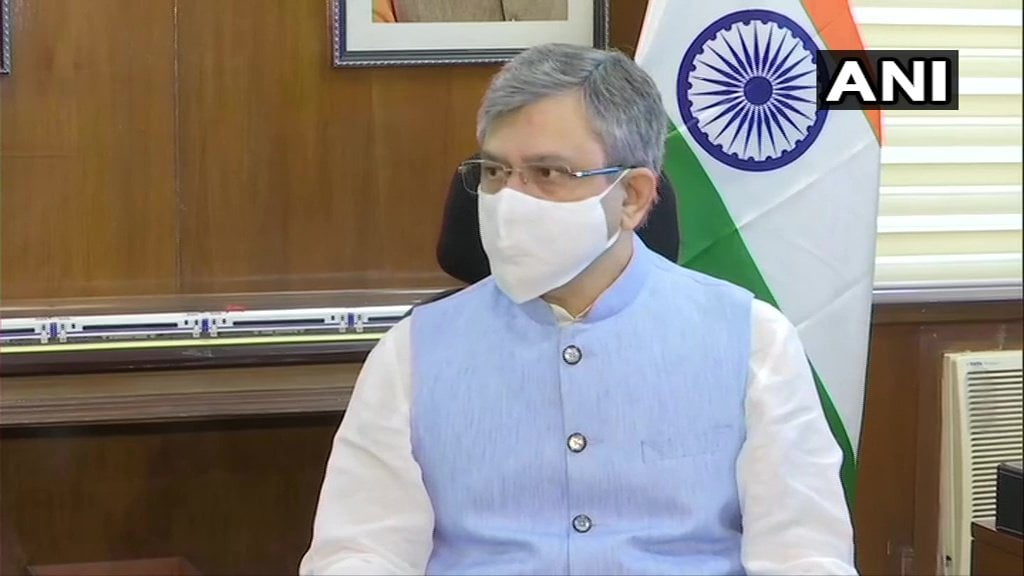 A political greenhorn, Ashwini Vaishnaw is the biggest beneficiary of the post-2019 polls bonhomie between the BJP and the BJD. Initially, BJD president Naveen Patnaik proposed his name as Rajya Sabha nominee but subsequently backed him as a BJP candidate. Had he contested on a BJD ticket, obviously, Modi would not have been able to make him a minister. So it is now evidently clear that Vaishnaw made the right moves on the political chessboard two years ago and checkmated other ministry aspirants by bagging the prized Railways & IT portfolios in his Cabinet debut. And, in the process, he has emerged as Mr Consensus, someone who could play the pivotal role in furthering the by now obvious dynamics between the regional outfit and the national party. This means Vaishnaw is politically on the right track. Especially so, because after suffering the bruises in neighbouring West Bengal Modi for the time being can ill-afford to rub Naveen the wrong way.

Tudu, A Product Of Political Calculus 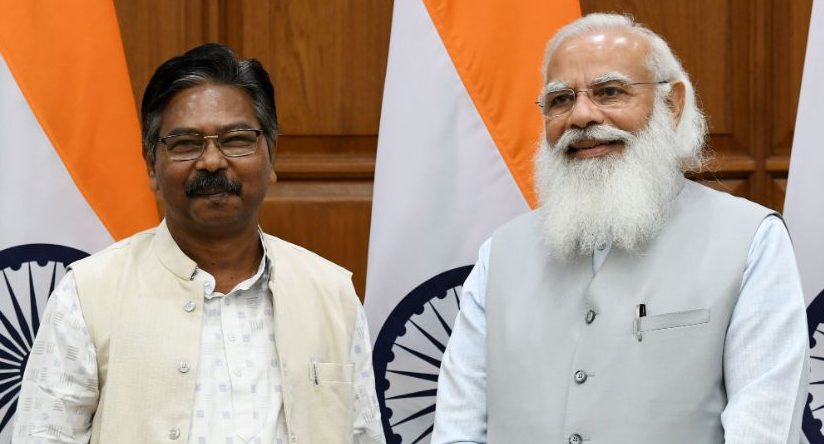 Political arithmetic can throw up surprising equations. And those watching Mayurbhanj MP Bishweswar Tudu’s sudden elevation should vouch for it. He was the surprise element no one had factored in till D-Day arrived. Cometh the moment, cometh the man. And Tudu took centre-stage ahead of much more experienced contenders. Well, it was more to do with political calculus than his weight as a neta. The BJP had to have a tribal face for Odisha what with ex-Union Minister and Sundargarh MP Jual Oram pushed to the backburner and Draupadi Murmu’s term as Jharkhand Governor having recently come to an end. The northern Odisha angle was also taken care of with Tudu’s induction as Pratap Sarangi was shown the door. Besides, what understandably worked to his advantage is his perceived capacity to mobilize tribal (especially Santhal) support in West Bengal, Jharkhand & Chhattisgarh, more so because the party is reportedly working on a split-Bengal plan. This in no lessens the Odisha BJP ST Morcha President’s strong Sangh Parivar connections, particularly with Vanabasi Kalyan Ashram, and the push he is believed to have got from a former bureaucrat and close aide of PM Modi and a strong BJP leader from Odisha to become MoS of Tribal Affairs and Jal Shakti. 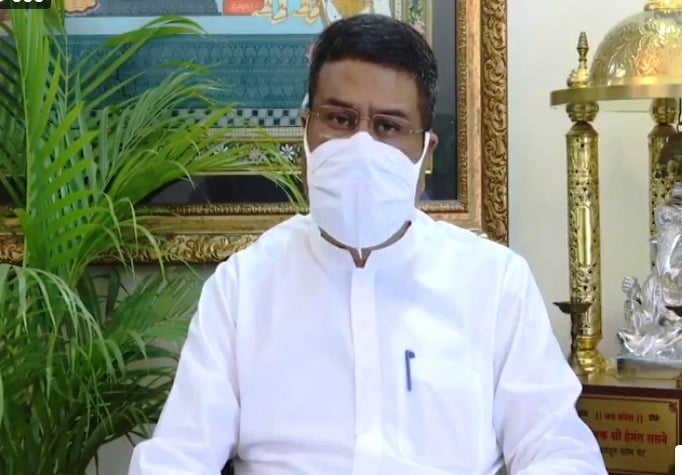 To gain something you have to lose something! That is apparently the moral of Dharmendra Pradhan’s story post the reshuffle. First the gain: If anyone had any doubt as to who is the BJP’s face for Odisha, the expansion has made it amply clear that it is none other than Dharmendra. Though technically he represents Madhya Pradesh in RS, the native of Angul has been calling the shots in the party’s Odisha unit ever since he became a central minister in 2014. The fact that his potential threats in state BJP were either left with wings clipped or shown the no-entry card has made the party’s choice for 2024 pretty evident. While this clearly is Advantage Dharmendra, he being shifted out of the Petroleum & Natural Gas and Steel ministries and given the Education portfolio could be interpreted either way. His former ministries, for obvious reasons, made him more equal than others in the cabinet and gave him the much-required wherewithal to flex his political muscle. This surely is a loss for him. Nonetheless, Education might serve him a big opportunity to handle a social sector ministry and undergo an image makeover. Instead of continuing to earn the ignominy of being Oil Minister at a time when fuel prices are skyrocketing, Education could indeed be a better bet for him to up his stock on the popularity charts ahead of 2024. Education, in addition to skill development & entrepreneurship, possibly could be a well-calibrated move by Dharmendra and the BJP top bosses, considering Naveen & Co’s 5T initiatives to ‘transform’ school education. It should certainly ring the alarm bells for the BJD dispensation as the state’s education sector gets set to generate a lot of heat, if not light! 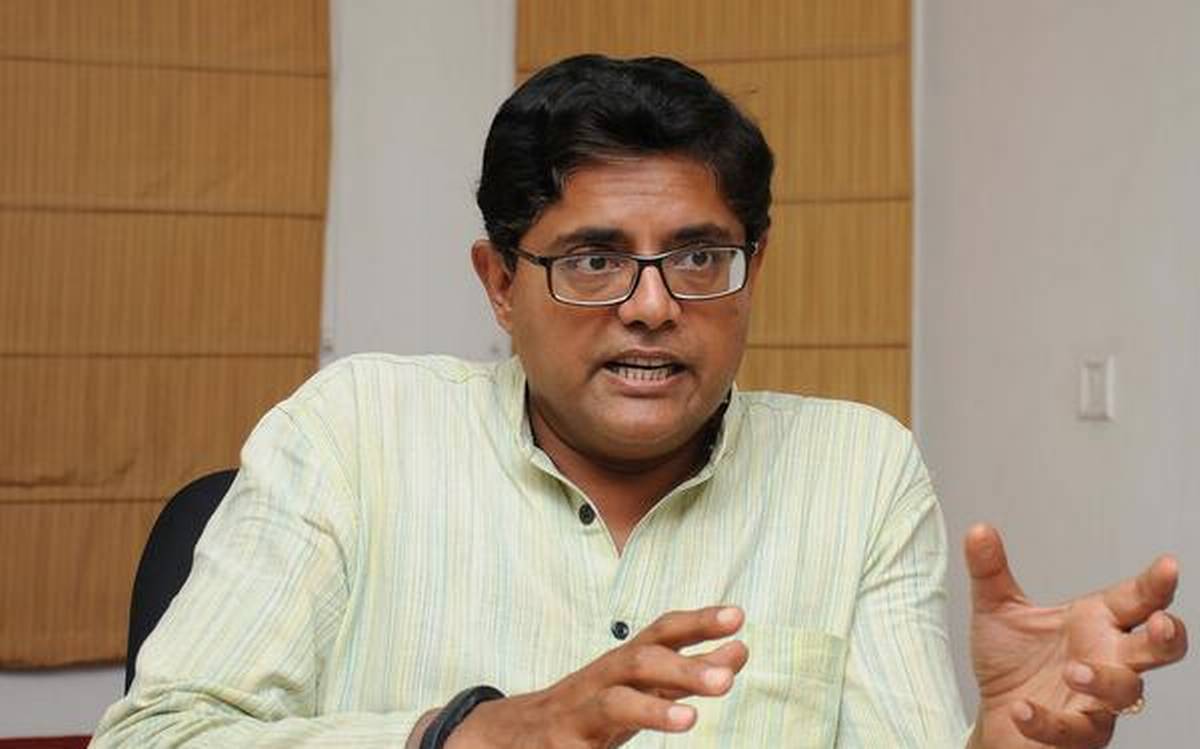 The former Kendrapara MP has put in a lot of effort to remain in the reckoning after exiting the BJD and joining the saffron party in the run-up to 2019 elections. Not only did he play his part in the party’s recent success in Assam polls as the national vice-president in-charge, but he has also been trying to bridge chasms in the BJP’s Delhi chapter. The leading media house run by his family has also taken a strategic turn in tune with his new alignment, inviting the wrath of his former party. So when media speculated that Baijayant would become a junior minister in the Ministry of External Affairs, his supporters saw the hope of him finally becoming a minister after two stints each in the RS and the LS. But that was not to be. Not at least for now; leaving Baijayant with little option but to patiently keep playing the waiting game.

In 2019, when Aparajita Sarangi won the Bhubaneswar MP seat, despite the seven assembly segments going to BJD, she was seen as someone who could play a role in the Union ministry. Having quit the IAS and proved her mettle in politics, Aparajita was viewed as the BJP’s answer to Naveen’s brand of bureaucracy-dependent politics. However, the meteoric growth of Vaishnaw, who was Aparajita’s 1994 IAS batch Odisha cadre mate, has arguably worked to her disadvantage. Aparajita’s intra-party rivals could perhaps have played the one-too-many-IAS-from-Odisha card to queer her pitch! Not someone to have missed the point, she has tweeted best wishes to her batchmate and friend.

No Consolation For Western Odisha

Of the eight MPs the BJP got from Odisha, five – Bargarh, Balangir, Sambalpur, Kalahandi and Sundargarh – were from the western districts. Understandably, people of the region, who for long have a grouse for being allegedly denied their entitlements, aren’t happy with Modi for ignoring their claim. In 2014, Jual Oram’s presence in the Union ministry did the balancing act, but in Modi 2.0 the area has gone unrepresented notwithstanding the aspirations of Sangeeta Singhdeo, Suresh Pujari and Basanta Panda. Undoubtedly, this has given ammo to BJD to cry neglect and puncture BJP’s western Odisha ambitions.

Have ‘Pakhala Torani’ To Keep COVID At Bay! Know What AIIMS-Bhubaneswar Study Has To Say

Perfect 10: When Odisha’s Debashish Mohanty Bagged All Wickets In An Innings

You Are Sacked: Who Called Odisha MP Pratap Sarangi With Bad…