Is Chhattisgarh looking to confiscate the farmlands in the border villages by gifting the villagers paved roads?

If the villagers of Akarpalli under Matapaka panchayat of Sadar block are to be believed, the day is not far when the neighbouring state would actually lay claim to Odisha side of the land.

According to sources, the revenue village of Ankapalli is situated about 450 metres from Darbha village on the Chhattisgarh side and about one km from Sukuma district. 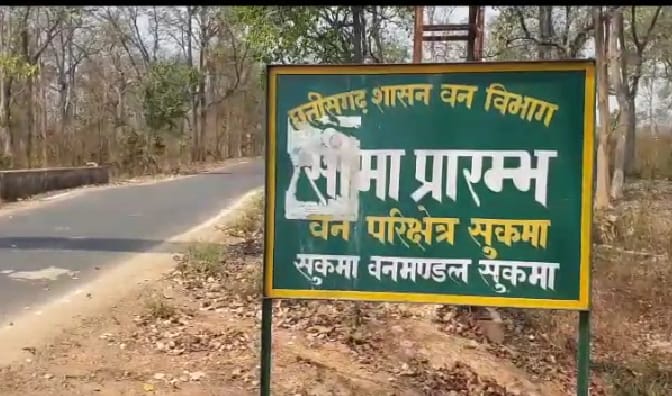 The people of Ankarpalli depend on the market and public conveniences of the neighbouring state. The locals said the road was constructed by Chhattisgarh government officials and they would like to be a part of that state as it looks after their needs.

Nabin Madkami and Biswa Madhi said the villagers of Akarpalli depend on the town of Sukuma for any market needs and medical treatment. “The Odisha government has not yet paid any attention to Akarpalli village. There are no healthcare facilities or mobile towers. We would rather be residents of Chhattisgarh than Odisha,” they said.

However, elders of the village have a valid reason to panic. They say the neighbouring government might just usurp their fertile lands by showing them the carrot stick (paved roads).

Meanwhile, Ankarpalli  Sarpanch, Binayak Madkami said, the village is 15 km from Malkangiri district headquarters sub-division and under Matapaka area of Malkangiri Sadar tehsil. On the other hand, Darbha in Chhattisgarh is just 400 meters from the village.

The road in the village, which was constructed under MGNREGS got damaged, he said and added the Chhattisgarh government was laying a concrete road till Odisha border but within a few days, they built a 420-meter concrete road from Darbha to Akarpalli.

After a dispute over it, local tehsildar Gunanidhi Nayak and RI visited Ankarpalli and reviewed the map. Nayak denied the allegations of encroachment. “We will submit a report to the district administration and a concrete structure would be immediately built on the border to demarcate the area to avoid any future dispute,” he added.

Heavy Rain: Communication To 10 Villages Cut Off For Bridge…

A Week After New Rly Minister Takes Charge, Work On…